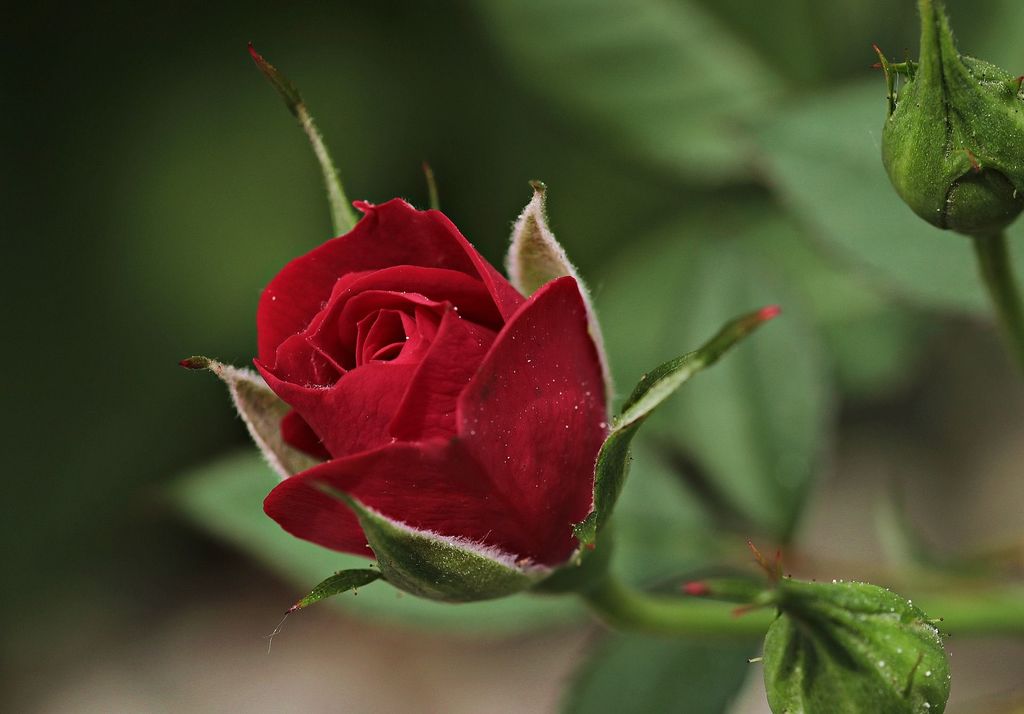 Propagation of rose by T budding in 2020

Propagation of rose by T budding is a common technique in rose garden. Budding is a method of vegetative propagation in which a single but is united with another plant. budding utilizes only one bud and a small section of bark with or without wood.

Propagation of rose by T budding

Budding is the most common method of budding is widely used by nurserymen in propagating nursery stock of most fruit tree species, roses, and many ornamental shrubs. its use is generally limited to stocks which are ¼ to 1 in diameter with fairly thin bark and which are actively growing so that the bark will separate readily from the wood.

Rose may be propagated by t budding. in this method rootstock of about six months of age may be selected.

Most of the time for budding when the stock plant is in active growth and cambial cells are actively dividing so that the bark separates easily from the wood. it is also necessary that well-developed buds of desired variety be available at the same time. T budding in rose is done during the period from November to January because the plant at this time is inactive condition and well developed on a bird is available.

One-year-old rootstock is used in budding the thickness of the stock varies from 0.62 cm to 25 cm having thin and readily separating bark. The bark is placed into the stock about 5 to 25 cm about the soil level on a smooth clean surface between the nodes of rootstocks. if the budding is done during the hotter months it is advisable to place the bud on the north-east side of the rootstock which will protect the bird from excessive exposure to the sun.

First, a vertical cut about 2.5 cm long is made on the selected portion of the rootstock with the help of a budding knife. Then a horizontal cut across the top at the right angle to the first cut is made. then the cut resembles a "T". The spatula portion. the budding knife is then inserted into the incision and the two flaps of the bark are then loosened and slightly to receive the bud. 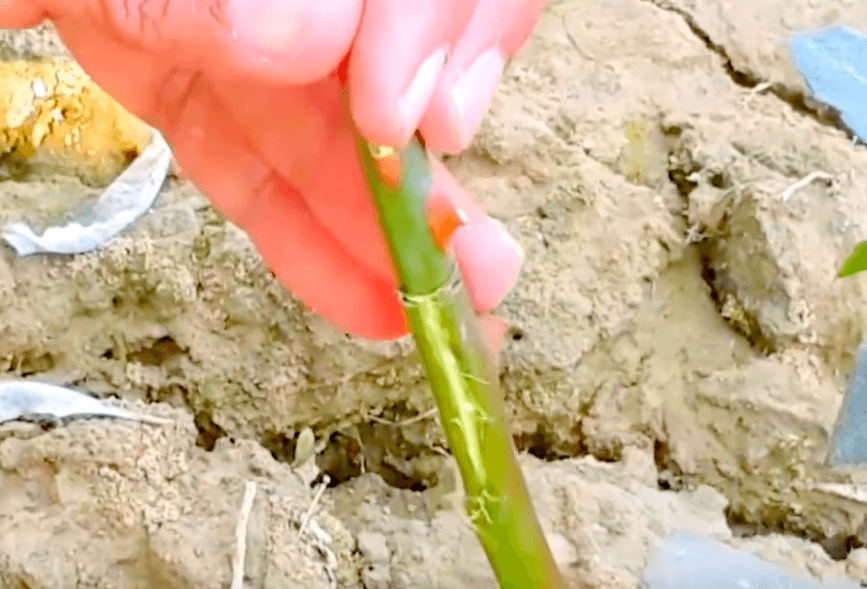 Bud is removed from the bud stick by cutting shallowly about 6.2 mm below a mature bud and continuing up to about 2.5 cm above the bud. The bird should not be too thin or too thick. The wood is removed by budding the bark outwards and flicking it out. 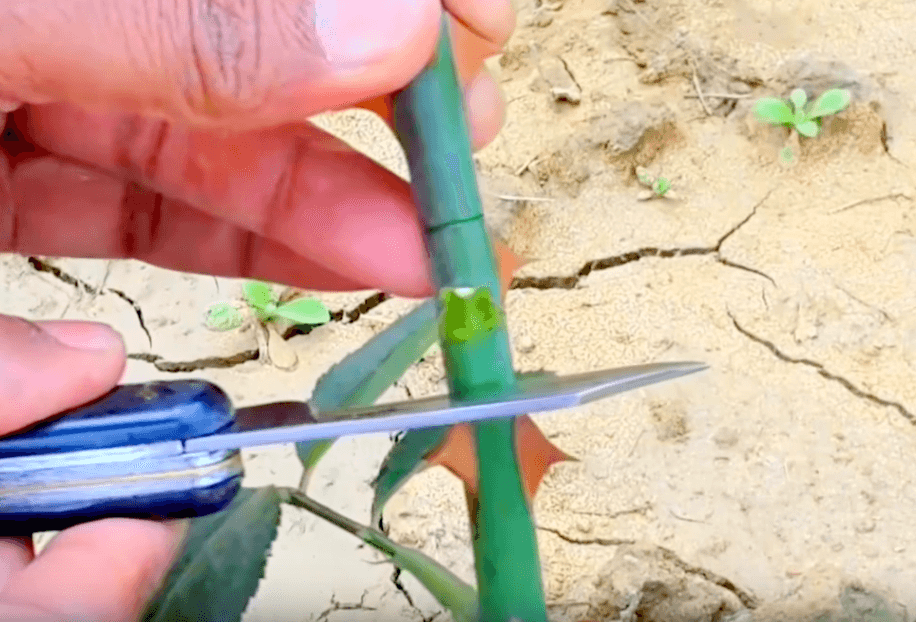 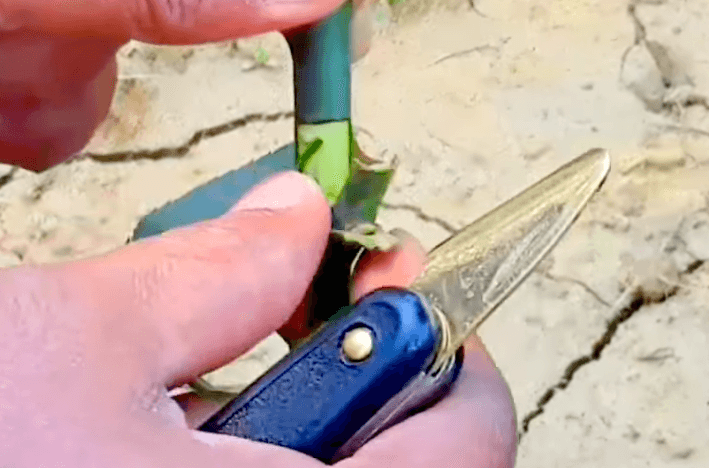 3rd step (Insertion of the scion into rootstock)

The next step is the insertion of the shield piece containing the bud into the incision of stock. Using the leaf stalk as a handle the bird is slipped into the T cut on stock, and the tail forms off by cutting it horizontally along the top of the cut. The Shield should be placed and well covered by two flaps of bark keeping the bud exposed. 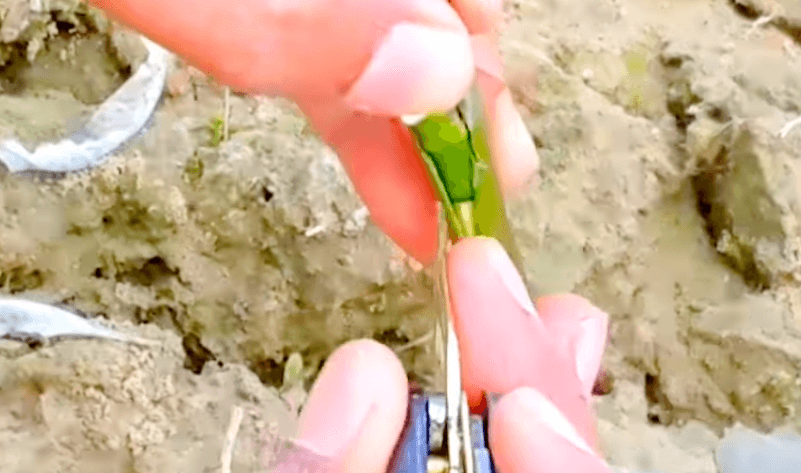 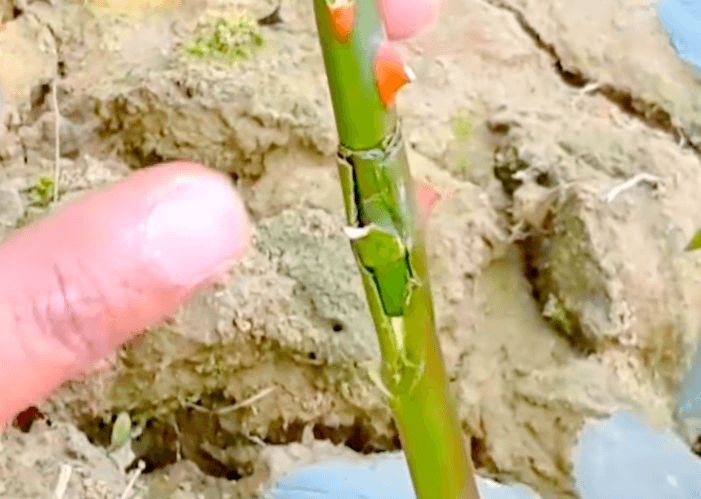 The next step is wrapping the bud with the stock so as to press the shield firmly against the gate string, rubber band, and wax budding tape. During wrapping, care is taken so that the bud remains exposed but all cut portions are fully covered 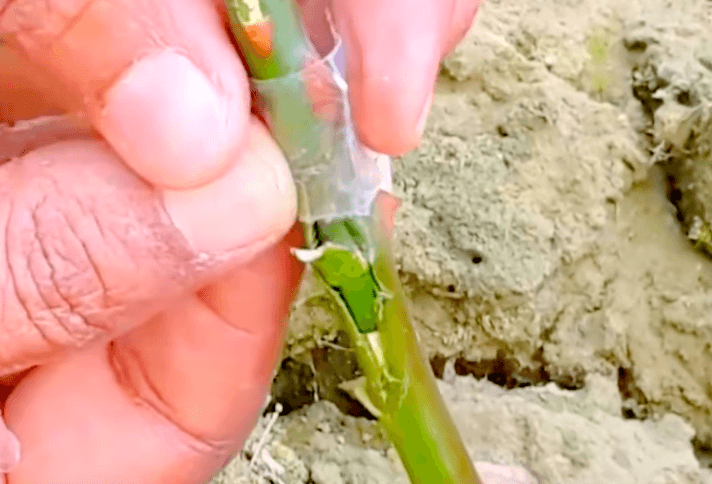 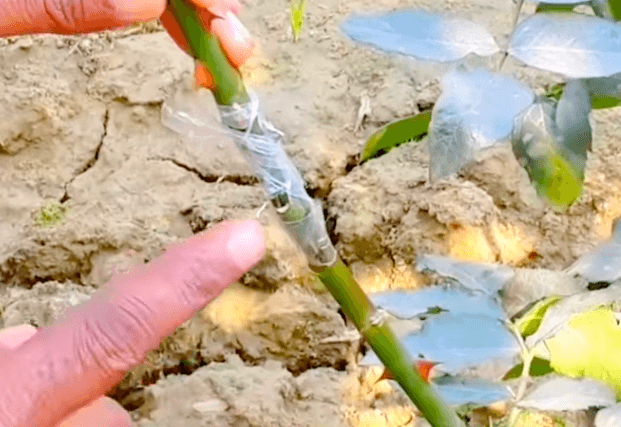 After three to four weeks or more when the bird unites the stock the tape is removed when the bud starts growing the top of the rootstock is cut above 25 mm above the bud.

The main limitation of budding is the incompatibility between plants. Besides, they are confined to plants that have a continuous layer of vascular cambium between xylem and phloem.