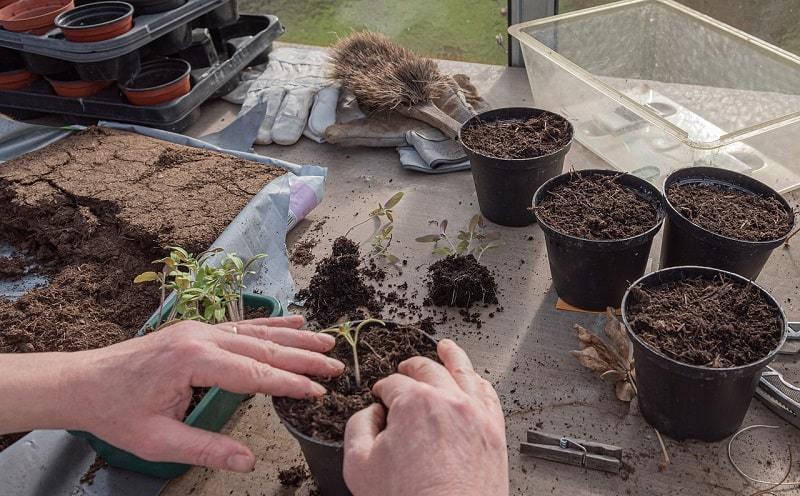 How to sterilize soil in just 3 effective ways: Sterilizing

How to sterilize soil: Soil sterilization is a cultivation skill that sterilizes soil in open fields or greenhouse. It is a chemical or physical process that can help to go through the death of soil organisms. This process can help to control a lot of harmful organisms and even the eradication of specific bacteria, viruses, fungi, weed, the nematode can be performed. Nowadays soil sterilization uses in greenhouse operation for the production of crops as well as the control of weeds and grasses.

One of the most important aspects of soil sterilization is the eradication of the population of microorganisms in the soil.  It has been estimated that only 21 percent of the world’s land surface is cultivable but only 7.6 percent is actually under proper cultivation process. Nowadays determination of the long-term effects of microorganisms in the land internally is currently one of the most challenging problems in soil research.

According to another random poll taken, the top three threats to the soil are bacteria, weeds, and fungi. That’s why soil sterilization is a very essential process to be done. Soil naturally contains pathogens, harmful bacteria, and fungi that can detriment the plants. Even insects may also be present, which can damage plants.

Traditionally, there have been only three types of soil sterilization such as moist heat, dry heat, ionizing radiation. But the moist heat is the best process to sterilize the soil. Moist heat is more effective than any other method for sterilization. But you might want to know about potting soil as well.

Potting soil is sterilized to give your plants the ideal environment as much as possible by killing disease creating organisms that may be lingering in the soil. Most of the commercial companies have already done this. It is very productive in business.

How to sterilize soil: Soil sterilizing

There are a lot of processes to sterilize garden soil at home. They are treated by steaming (with and without a pressure cooker) and heating the soil in the microwave. They are in details following:

Steaming is one of the best ways to sterilize potting soil. It must be done for 30 minutes (until the temperature arrives 180F). The process has to be performed with or without a pressure cooker. If someone wants to use a pressure cooker, he should clean it and keep pure several cups of water into the cooker (not more than 4 inches in depth) and then need to keep it for 15 to 30 minutes. This is how to sterilize soil easily.

Sterilizing soil in an oven

If you are using an oven to sterilize soil then you have to put some soil (4 inches in depth) in an oven-safe container and it must be baked at 180-200F for 30 minutes. After baking it properly, remove the soil from the oven and allow it to be cool, leaving it in an open place (until ready to use). This is how to sterilize soil easily.

Sterilizing soil with a microwave

Another option to sterilize soil is the microwave process. For the microwave process, first, you need to properly clean microwave-safe containers and then keep inside it moist soil. You should keep it in your mind that quart size with lids is preferable. Heat the soil almost 90 seconds per every couple pounds.

Note: Bigger microwaves may usually make up several containers. Allow these to cool, placing tape over the vent holes, and leave (until ready to use). Alternatively, you may place two pounds of moist soil in a polypropylene bag. Put these in the microwave with the top left open for ventilation. Heat the soil for 20 minutes. This is how to sterilize soil easily.

Positive Sides of this method

At present, our cultivating land is subsiding day by day because of increasing the growth of the population. As the population grows, ensuring their food has become the world’s biggest challenge for the farmers. As far as we are concerned, we have to solve this problem in a scientific way. Since the beginning of the world, people have been ensuring their food requirements through agricultural work.

But environmental pollution as well as climate-changing is a major cause of food shortages. The major problem of food shortages is not only population growth but also land shortage. It is obviously possible to grow adequate crops in our land by disinfecting microorganisms. Most of the people don’t know how to use the sterilization process. But sterilizing the soil is not as a different task as the typical cultivator believes. Above all, it has become much easier. There are several popular methods of sterilizing process that is very useful to implement (by following the given instructions).

How the world is getting benefits

Climate change, rising temperature, and environmental pollution are making the earth inhabitable for animals and birds. One study found that global temperature is rising as vegetation declines and its impact is creating bad effects on people. If the condition needs to be controlled then a lot of trees should be planted on both sides of the yard and the road. In order to plant trees, the land should become suitable for the survival of the plant.

The land can be easily decontaminated by using a disinfectant. This will allow many plants to grow as well as a variety of vegetables will be produced in the greenhouse. In addition, more plants will increase the amount of oxygen in the earth, so the temperature of the earth will decrease and we will able to live in peace. SteriIization will increase the water holding capacity of the soil and this will increase the fertility of the land. On fertile land, we will be able to produce more crops which will help us a lot in any epidemic situation.